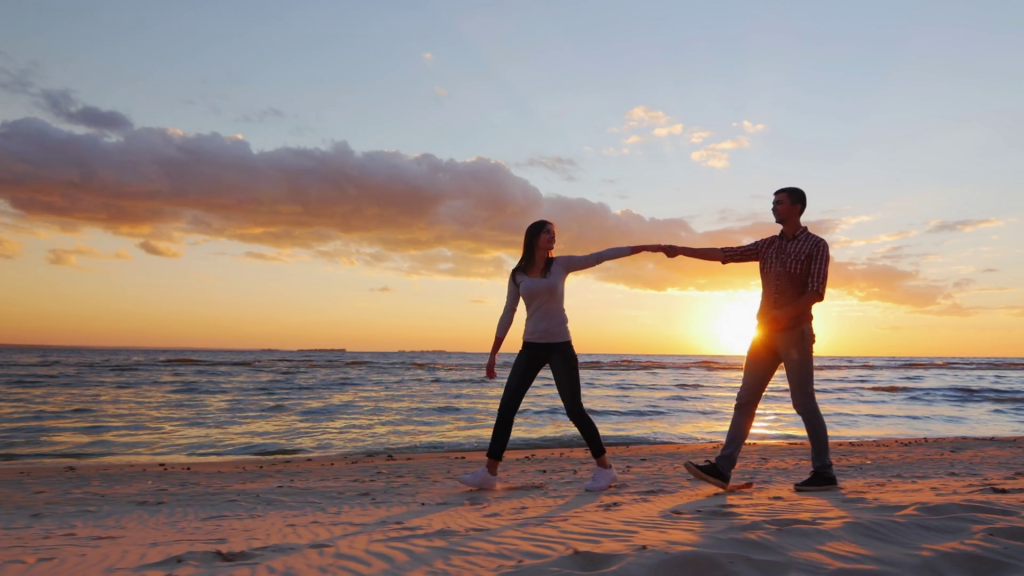 I recently found myself bragging about my marriage to a friend at a party. Actually, it was a “mutual bragging” as we shared about our spouses and the qualities we valued in our marriages. At one point, I nudged my friend and jokingly said, “Yeah, next year we’ll hear the other is getting a divorce!” We both laughed! You know the laugh – “Ha ha ha! That would never happen! Never!” But my joking comment begged the question, “What will our marriages look like next year?”

Let’s face it. A lot can happen in a year. Look at the financial situation our world is in. It was not too long ago the Dow Jones average was at 13,000 and people were feeling pretty secure. People were buying new homes and cars, and personal wealth was ballooning. People were doing great! Right? Wrong! A senior economist recently said that the American people have lost 11 trillion in personal wealth in less than a year. Lost? Where did it go? How do you lose 11 trillion dollars? You don’t! Poor fundamentals and investment strategies based on selfishness produced what ended up being value only on paper, in people’s perception, and in potential. It wasn’t real.

What happened? This is what couples are often wondering when they come to see me in marital crisis. “One, five or twenty years ago we seemed to have it all!” they say. As I listen to their stories, most seem to have had the American dream. But somewhere along the way, something went terribly wrong. A marriage that was supposed to be an appreciating asset, sadly became a depreciating liability in the eyes of one or both. Because of poor fundamentals, neglect, mismanagement, selfishness and/or naivete, that which was once most valued has declined and now has little or no value. The marriage has become just a marriage on paper, in perception, and in potential only.

How can a couple maintain sufficient value in their marriage? Like most areas in life, the answer lies in practicing good fundamentals and having a sound investment strategy that takes into account the volatility of life. Life happens! Kids, career, aging parents, and unforeseen events like health problems or the loss of a job put major stress on a marriage. Good fundamentals keep a marriage on course. What are good fundamentals? Good fundamentals are what you did when you established a loving relationship in the beginning. You admired the other, showed respect, expressed affection, tried to meet the felt needs of the other, listened, spent time together and made sincere efforts to repair the relationship when you hurt the other. You expressed value regularly and the other felt valuable.

The other night I came home from work around 9:30 pm. I had late clients. When I came home I went upstairs to say “hi” to my wife. I noticed she did not seem to be feeling well and so I asked her how she was. She began to share how she had burned her hand while cooking earlier and that she was feeling physically under the weather. As she talked, I listened, empathized and told her how genuinely sorry I was that she wasn’t feeling well. The next morning I noticed a special glow in her eyes…like she liked me! Then later, when we were standing together at our daughter’s school, she began to rub my back like she really liked me! We were both feeling valued. We were both practicing good fundamentals.

Marriage fundamentals serve to maintain and/or increase value in a marriage. When I met a felt need for empathy by listening with care and concern, she felt valued, which in turn, gave value to the marriage. When she admiringly looked at me and provided me with a little PDA (public display of affection), I felt valued and the marriage was given value. Do you regularly feel valued by your spouse? Do you practice fundamentals that cause your spouse to feel valued? Fundamentals are things we have to practice, and practice regularly. Otherwise it is easy to get into bad habits.

The two of us go out to breakfast each week. It is something we do to invest in our marriage. But it is not easy to protect our “couple time” from the demands of life. Like many married couples, we have a lot of areas that require the investment of our time, energy and resources. However, in order to be good investors of our limited resources of time, emotions, and energy we have to work at being intentional about “where” and “how much” we allocate. Our goal is to put our marriage on the top of the list. Other areas of life may have to do with a little less, but we realize that if our marriage tanks, every other area of our life will suffer greatly. As therapists, we regularly see the devastating impact of marital discord and divorce on a family. We recognize that our children depend on us to invest wisely for their future – the most important investment being in our marriage.

When something does not go right in life, it is easy to wonder if you made the wrong decision. This is illustrated in the joke about two women who were at a party and one woman said to another, “Aren’t you wearing your wedding ring on the wrong finger?” The other woman replied, “Yes! I married the wrong man!” Sadly, when a marriage declines in value it is easy to wonder, “Did I marry the wrong person?” But most often, it is not the wrong person…it is poor fundamentals and bad investing. The marriage became devalued as a result of neglect and mismanagement. Remember that your spouse and your marriage are assets. By practicing good fundamentals and investing wisely in your relationship, they will stay that way!

Don’t be afraid to invest in your marriage.  If you’re having trouble communicating or things just aren’t going the way you would like, I’m more than happy to have a talk with you and your spouse.  Give me a call today for a free consultation.