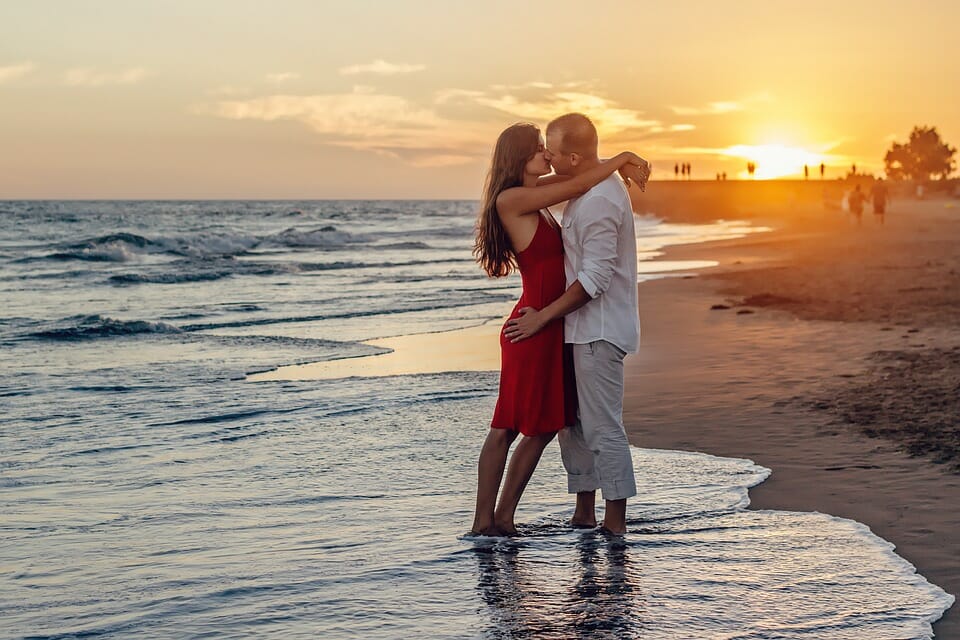 If you want a successful marriage then one of the key areas you must work on is your character/personality. It is easy to point the finger of blame in marriage but when we decide to work on ourselves and take responsibility for our behaviors, marital life becomes easier with less conflicts. I encourage you to try and add the following qualities to your character and personality.

Before I go on I want to quickly address something. Many are resolving to “compatibility tests” to try and figure out whether they have a genuine future with their partners. The answers really are not in compatibility tests, although they can be helpful, don’t let it be you only source of decision making as to whether a marriage is worth entering into or saving.

No matter how compatible you are with your partner there will still be issues and conflicts and you are bound to clash in areas where your personalities differ.

Okay with that said, here they are:

The first of the marriage tips for developing a personality and character that will help you have a successful marriage is Adaptability.

This is basically the ability to adjust to changing situations and circumstances. Regardless of the amount of preparation you’ve had before going into marriage, you simply cannot predict everything. Situations will pop up that you were not expecting. For example your spouse may loose their Job. In most cases you will need a change of plan when these unexpected changes arise.

Another reason that you need adaptability is because, you are both completely different people and ultimately you will need to be flexible and adaptable to accommodate you partners differences. Don’t resist or fight the change, see it as an opportunity to grow.

The second of the marriage tips for developing a personality and character that will help you have a successful marriage is Empathy.

Empathy is the ability to see things or to see the world from your partner’s perspective.

The ability to empathize will help to minimize the amount of conflicts and misunderstanding between you and your spouse. Try walking in your wife’s or husband’s shoe, try and understand their perspective and you’ll discover that the amount of arguments you have will decrease.

Ability to work through problems

The third of the marriage tips for developing a personality and character that will help you have a successful marriage is the Ability to Work Through Problems.

By this, I don’t mean solving a problem. Husbands sometimes think they have to solve their wife’s problems, when all she wants is for you to listen.

Not all problems in a marriage can be solved but as a married couple you need to be able to identify and analyze problems, as well as suggest and choose a possible solution. Using this method, most couples will be able to solve a majority of the problems they might encounter as well as learn how to work around the ones they cant find a solution to. The key thing is the willingness to be committed to dealing with the problems you may have with your spouse and not walking away from them.

Ability to give and receive Love

The fourth of the marriage tips for developing a personality and character that will help you have a successful marriage is the Ability to Give and Receive Love.

That sounds pretty straight forward and simple, but for most men this isn’t as easy as it sounds. For most women this will come naturally, but a lot of men struggle with this. It is still somewhat of a taboo for men to show their emotions and show their more sensitive side. We as men have been taught by society that to be “manly” and “macho” means not showing your emotions for example most men would feel ashamed to cry in public because “men aren’t supposed to do that”.

As a result a lot of men find it very difficult to express what they truly feel. It becomes difficult to show your spouse your more sensitive and romantic side. It becomes difficult for you to tell your wife those sweet words you know she wants to here but you just feel awkward saying them. You must understand that marriage is about giving as well as receiving; part of giving is the ability to express the love you have for your spouse.

The fifth of the marriage tips for developing a personality and character that will help you have a successful marriage is Emotional Stability.

This is the ability to control your emotions without letting them get the better of you. It is simple things like controlling your temper rather than making excuses for unnecessary emotional outbursts. There are of course times when you will loose your temper as every normal human being does, but if this loss of temper then becomes a regular pattern or regular occurrence, it might be evidence that there is a much deeper problem.

People who are constantly loosing their temper and using the famous “I can’t help it excuse” are not being honest with themselves, in most cases you can help it but you don’t want to. If however it is truly a case where you can’t help this behavior then professional help is advisable.

As I have mentioned, in most cases it is usually a situation whereby the individual doesn’t want to control their temper and therefore flies of the handle rather than inability to control their temper. Being emotionally stable means that you are willing to control your feelings. Its not that you don’t get hurt or offended at your spouse but you are able to control your reaction to the hurt or offense and you are also willing to accept responsibility for your feelings, words and actions.

The sixth of the marriage tips for developing a personality and character that will help you have a successful marriage is the Ability to Communicate.

For example if a man says to his wife “you really shouldn’t eat that, you’ve been eating a lot lately” his wife might take that to mean that she is getting fat whereas all he is saying is slow down on the eating a little bit so that you don’t put on the extra weight. She would have understood what he said but misinterpreted or misunderstood what he meant.

Another common example is when a couple are in the car and maybe the man is driving and driving over the speed limit. The woman might say something like “Honey can you slow down please” and the man could easily misinterpret that and think his wife is calling him a bad driver. Again he understood what she said but misunderstood what she meant.

Successful communication therefore is when what is being communicated is correctly understood. It is also the ability to listen to and understand others. It will take a lot of time, patience and hard work to develop these aspects of communication. Click here to discover the keys to mastering marital communication.

Similarities between you and your spouse

The seventh of the marriage tips for developing a personality and character that will help you have a successful marriage is to identify Similarities Between you and your Spouse.

Marriage is the fusion of two completely different people with different likes and dislikes, different habits, different perspective on life. The differences are endless and therefore trying to live as one when you differ in so many ways can be difficult.

It is therefore very important to have areas of similarities such as common interests, hobbies, common faith or religious belief systems/philosophies, common political views and other areas where you both share a similar passion.

It is important for the two of you to have a common ground where you both agree on certain things otherwise you will disagree on everything.

The eighth of the marriage tips for developing a personality and character that will help you have a successful marriage is identifying areas of Similarity in Family Background.

Even though this is not a critical factor because it is not uncommon for people with very different backgrounds to build successful marriages, however, having similarities in terms of family background is always helpful.

The reason this is advantageous is because you would already as a result of this similarities in family background share certain cultural similarities and beliefs and possibly even some of the expectations you have in terms of what the role of a husband or wife should be in the context of a marriage would be similar.

Major differences in family back ground or culture can put a lot of pressure on a marriage, and although it won’t necessarily destroy a marriage because as I said earlier people with distinctively different backgrounds build successful marriages everyday, it will however be advantageous for the couple to share these similarities.It is better for a couple to enter a marriage with all the advantages or pluses they can, and similarities in this area is a major plus.